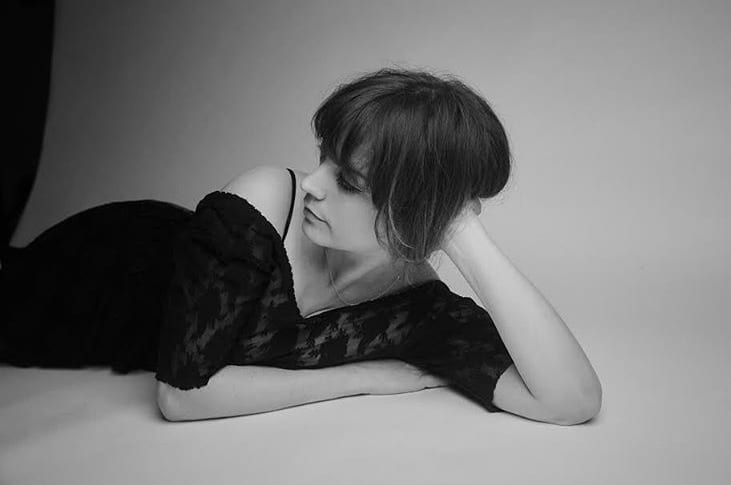 Where are you from and how long have you lived in town?
I’m originally from Birmingham AL. Moved to Nashville in 2013 when I met Leroy…so 6 years?
Children? Ages?
I have two daughters. Athena is 4 and Glory is almost 2.
Anyone special you’d like to thank for helping you through parenthood?
I have to give this one to Leroy. One thousand percent. We had Athena not too long after I moved here, and none of our friends had kids really at the time, and so we had basically zero help. He is the most amazing father, and parent.  Much better at it than me. I admire his kindness and joy that he shows the girls so much. We just locked arms and drug each other through. I wouldn’t have survived if I’d been with anyone else. He would take Athena from me after I nursed her so I could go back to sleep, and he would just hold her and sing to her and pace the hall for hours. She was colicky, so sometimes he would do it until she woke up to nurse again. He would do anything for our family.
Favorite thing to do with Kids in Nashville or local to your suburb?
We love to take the girls to Drake’s Creek park. Taylor Swift built it, and it’s right near our house. It’s got a giant playground and a nature trail on the lake, and lots of ducks. It’s quite magical. In town, it would have to be going to eat at Fenwicks or Five Points Pizza. Both delicious and kid-friendly. Pancakes or pizza! I also plan to take them to The Frist a lot this year. A gem I have overlooked.
Are you involved in a business venture, Local organization, creative endeavor or in the corporate world? 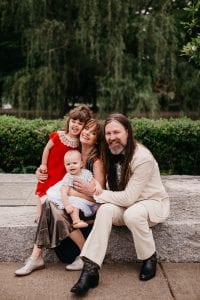 I have worked as a professional makeup artist and wardrobe stylist for more than a decade. In production and print. I’m a Beauty Counter rep, because I believe very strongly in the safety of the products we put on ourselves and our children. I art direct, photoshoots and music videos, which I really really enjoy. I like to wear lots of different hats as far as jobs go, or else I get bored.
What has been the most unexpected thing about being a Mom?
I was unprepared for the terrifying amount of love I feel for my children. It’s very ferocious and deadly in a way. I mean, I knew I would love my kids, but the depth and severity of it is staggering to me still. I was also unprepared for the amount of tiredness. I guess everyone says that, but it’s so damn true. You just have never really been tired until you’ve become a mother.
What has been the most rewarding thing about being a Mom?
My children’s taste in music. They really both have excellent taste. In everything. They are always wanting to play the coolest records from the 70’s or asking to watch Golden Girls or they want to go and read their books or help Mommy in the garden. They are really just the coolest. I would want to hang out with them even if they weren’t mine. One of my most rewarding moments however was when I told my oldest she couldn’t have the snacks at the checkout counter at Target, because they were “Junk Food” and now when she sees it she says, “Look, Mommy. Look at all these junk chips.” That makes me feel like I did one thing right, at least.
Parenting style?
I guess you could call it old school? We don’t put up with back talk or tantrums. I love to talk things over with my kids, but there also comes a point where I am the parent and the buck stops with me. The girls lose toys and privileges for misbehaving, and we try to always keep our promises, and our threats haha. We don’t helicopter parent. We want them to learn to do things on their own and think outside the box and be able to be by themselves. We encourage lots of reading and time outside, and we talk to them like they are smart and worthy…because they are. We also make it a point to hug and be affectionate in front of them. It makes them feel so safe. Once, after a particularly hard day of parenting, Leroy came home and scooped me up into a big hug, and he kissed me and we just hugged for like 30 seconds, and Athena, who was eating her dinner stopped and grinned so big and said, “Mommy, you love daddy. You and Daddy always love each other.” The  look on her face when she said it was one of the best moments of my life. Even after a day of lots of discipline and hard talks, love still rules our household.
One piece of wisdom you’d love to impart to your children?
“Live like there’s a Narnia, even if there’s not one.”
Want to use Kathryn as your makeup artist or stylist? Email us here for her info!