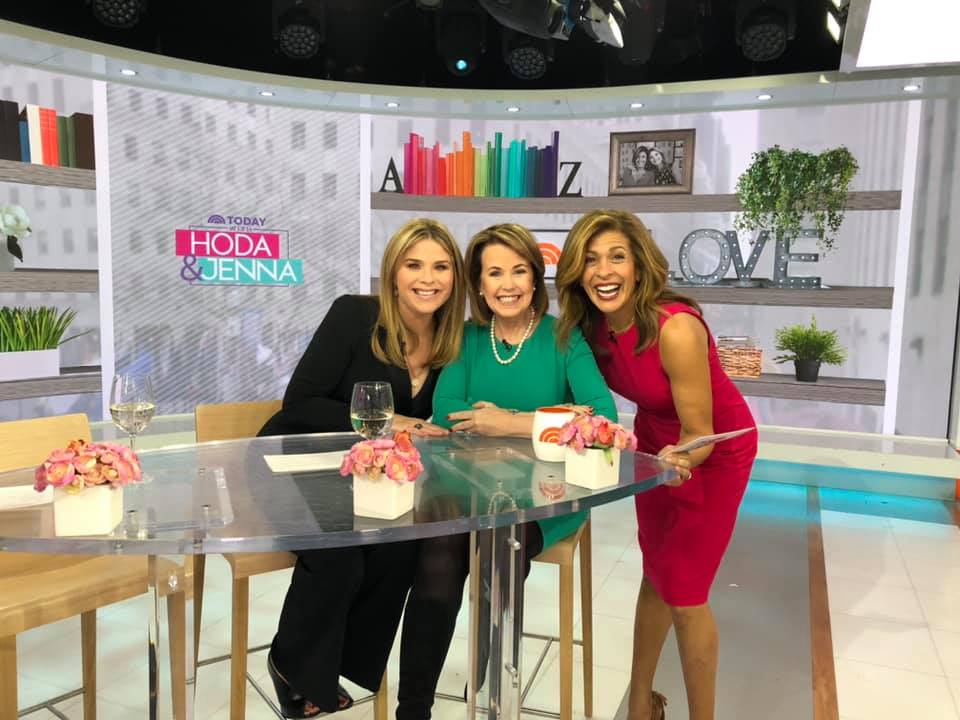 On the set of the Today Show.

Besides Brad and Jen’s recent reunion at the SAG Awards, the biggest story in the celebrity news cycle is Prince Harry and Meghan Markle effectively relinquishing their official royal status and moving to Canada. And nobody is more entrenched in the story than Diane Clehane, a Greenwich, CT-based journalist and mom of one (she and her husband adopted daughter Madeline, now 14, from China when she was a baby).

The best-selling author of five books, she has written for Vanity Fair, The New York Times, and many other outlets, and has been covering the Royal Family for over two decades. She recently wrote Newsweek’s cover story, After Elizabeth, on the Royal Family’s uncertain future. Currently, she is the Royals Editor for Best Life, a digital lifestyle magazine whose content frequently appears on MSN; in the last few months she has appeared on the Today show, CNN, NBC News and CBS News, among others, to offer her insight on the on-going saga of the British royals.

We spoke to Diane about the public’s fascination with the Royal Family, what she expects from them next and her on and off duty looks.

What it is about the Royal Family that holds our interest?
One, it’s the world’s oldest running soap opera. We’re fascinated by the glamour, the jewelry, and their lives seem very exotic to us (aka living in palaces) and particularly now, an American woman going over there and becoming part of this centuries old institution makes it a very interesting story. Two, the rest of the news cycle is so dire that there is also an escapism aspect of it. Third, the trappings of their lives are different, but the problems are relatable.

It has been reported that the new arrangement between Harry and his family will be reviewed in one year. Why do you think that is?
The British Royal Family is leaving the door open for Harry. The days are long but the weeks and months are short. Living in the UK is all he’s ever known.

Immediately, what do you think this “Megxit” arrangement will look like?
I think they’re looking at a post-Obama model for their ‘brand’, and there could be a book on female empowerment, a book on philanthropy or how we can combat climate change. I think they are going to be on demand on the celebrity lecture circuit. On CNN over the weekend, I said Netflix was going to come calling, and then the CEO said he was interested in talking to them shortly thereafter! 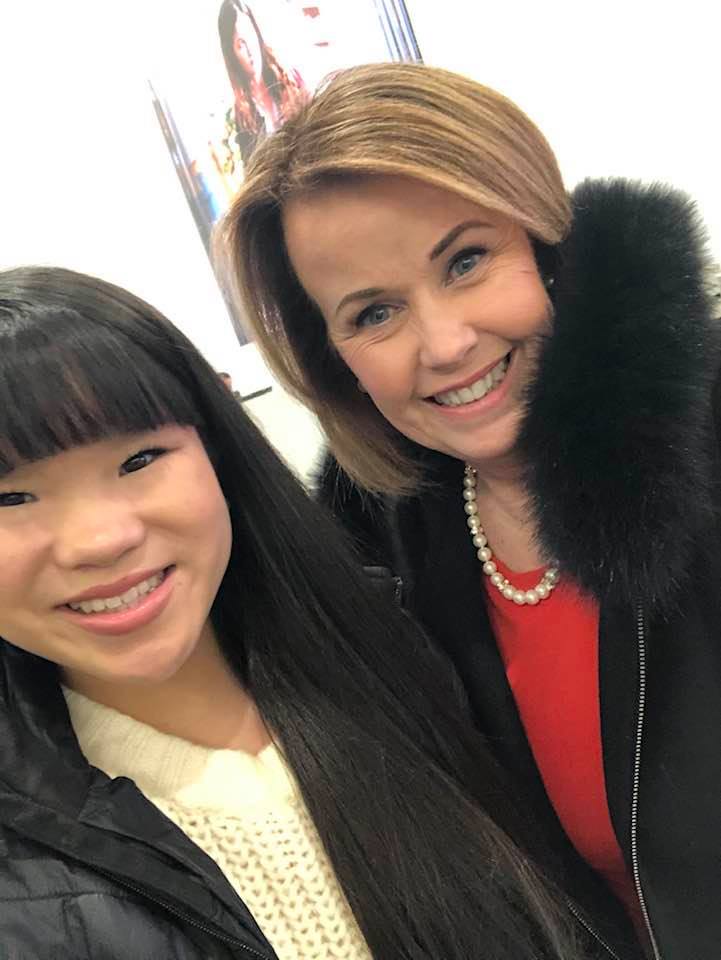 At the CNN studios with daughter Madeline.

Do you think their life (and yours, ha!) will be any quieter now?
No…If they wanted a quieter life…they’re going about it in a very interesting way. Now that they are effectively no longer active royals, I believe their stay in Canada will be shortened and they’ll head to Los Angeles. If Harry thinks he’s going to get more privacy after becoming one half of the most famous celebrity in the world, he’s in for a rude awakening. TMZ will be camped outside of their house.

You called this historical separation weeks before it happened. Why were you so sure despite nobody else really expecting it?
There were a couple things that were like handwriting on the wall. It was astonishing to me that Harry and Meghan turned the ITV interview about their African tour into an airing of grievances. It was quintessential American confessional television. Harry was trying to straddle both fences, not denying a rift [with William] but also saying ‘We’ll always be there for each other.’ When she said ‘Thank you for asking,  because no one asks how I’m doing’… Who exactly is supposed to be asking…It was obviously she was referring to the Royal Family so I knew something was up there. Plus, Archie was never given a title. Ultimately, Harry just looked so unhappy. As someone who has been covering this family since the days of Princess Diana, I knew it wasn’t going to be long.

As a mom, do you relate to either Meghan Markle or Kate Middleton?
Well their lives bear absolutely no semblance to mine besides the fact that they both have children and professional responsibilities. In Kate’s case, she has a very high pressure, clearly defined role as the future queen. I admire her because she’s so unflappable. She’s grace under pressure. For Megan…She and Harry wanted to make substantial changes in the life of a working monarchy, and on their newly launched Sussex Royal website they said they’d be working in collaboration with the queen…but within the Royal Family, the emphasis would always be on the line of succession and Prince Williams’ family.

You’ve been on television almost daily the past few weeks. What are some of your style go-tos, when you’re working and not?
My daughter Madeline always laughs and says I wear the same day every day and she’s right. My writer/mom uniform is a three-quarter sleeve length cashmere sweater from Talbots called the Audrey – I have about 20 of them, mostly black. I pair them with jeans (from J Brand to Old Navy) and high heel boots (I just picked up a new pair from Stuart Weitzman).  In Winter, I’ll tuck the jeans into Sorel winter boots. On air, I wear solid color dresses, red, fuchsia…on the Today show I recently wore green. And I love wearing a statement necklace, or pearls for a more regal look when I’m talking about the Royals! I also get my hair blown out twice a week. My hair has to look good or I’m miserable.